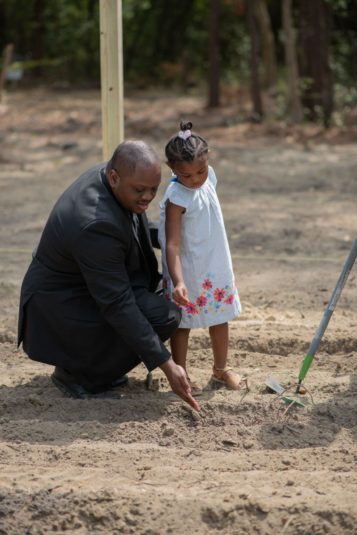 The Rev. Andre Thornhill and his daughter, Abigail, plant seeds at the new community garden near Ebenezer AME Church in Linvolnville.

LINCOLNVILLE — An early model of self-sufficiency in the African American community, this historic town is now the launch site for what organizers hope becomes a national initiative to address food insecurity.

Balm in Gilead, a Virginia-based nonprofit, is partnering with Ebenezer AME Church in Lincolnville to establish a community garden that is part of its Food Security Project across South Carolina. The effort already has 17 churches across the state that have expressed interest, and organizers hope to extend the effort outside South Carolina.

The nonprofit’s founder, Dr. Pernessa Seele, said the goal is to provide fruits and vegetables to the community, which was founded by freed slaves and a place where people long grew their own foods.

Lincolnville is also considered a “food desert,” a place with limited access to healthy foods.

“Nobody thinks of it as a food desert because you can get to Piggly Wiggly (in Summerville) in 10 minutes,” said Seele, an immunologist. “There are no fresh foods and veggies in the town.”

That limited food access is a long way from the town’s earlier days, when residents operated farms. Seele, who’s from the town, recalls her family’s farmland that included pigs and goats.

The community garden near Ebenezer AME will be a step toward providing people with affordable access to healthy foods, Seele said. This is especially important because organic foods are getting more expensive, she said.

“We have to get back to our ancestors’ way of living in terms of growing our food,” Seele said.

The Lincolnville site launched April 10 when several dozen people gathered outside the historic church building to celebrate the construction of the 3,750-square-foot garden and plant the site’s first seeds.

The land will grow okra, squash, zucchini, watermelon, cantaloupe, and other fruits and vegetables. The garden is named the Bishop Richard Harvey Cain Community Garden after the faith leader who founded the town.

The property is at 112 Dunmeyer Hill Road, which is owned by Seele and near the church.

The Rev. Andre Thornhill, pastor of Ebenezer AME, said the church welcomes anyone who wants to volunteer to care for the land. Ebenezer plans to partner with the nearby Ladson Elementary School as a way to teach younger people how to grow their own food.

“We’re allowing anyone to come help us garden,” he said.

Project organizers see this effort as a way to improve the health of people in the community, noting Lincolnville has one of the highest rates of hypertension and diabetes in the state.

The town’s founders were in better physical shape because they ate organic foods, Thornhill said.

“There was no supermarket,” Thornhill said. “You had to grow it yourself. Our people were healthier then because of it.”

The small town was founded in 1867 by freed Blacks shortly after the Civil War. Cain, also a state representative, worked with others to purchase land to establish the town that would be named after President Abraham Lincoln.

The descendants of the founders would become a tight-knit community that prioritized church, education and Black history.

Seele is one of those descendants. She grew up in the town, where she learned the importance of understanding her heritage. She launched a successful career as CEO of Balm in Gilead, which partners with faith-based groups to prevent diseases and improve the health status of individuals who are disproportionately affected by high rates of health disparities.

Though her career has taken her to New York and Virginia, Seele felt it important to launch a community-minded effort in her hometown.

“The most important thing about me is I’m from Lincolnville,” she said. 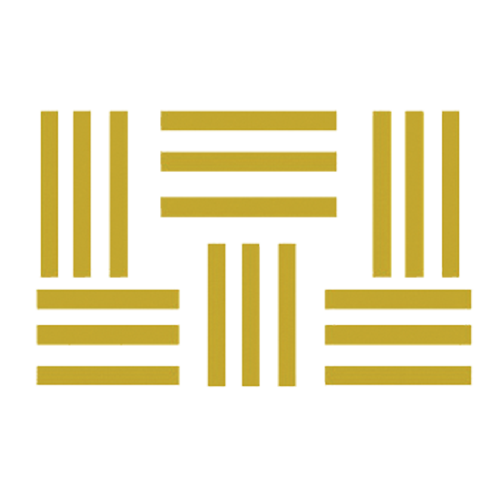